8 Ways to Become a Better Programmer

The one thing that all programmers have in common is the desire to be better. Nobody wants to sit at their computer and feel like they are stuck or that they’re not progressing as a programmer. There are many ways you can become a better computer programmer, from taking classes online to reading books on programming languages.

Understand The Basics Of Computer Science And Mathematics

Computer science and mathematics are the backbones of programming. If you don’t know how to do basic math or can’t tell your bits from bytes, it will be hard for you to become a better programmer in any language! This is especially true when working at higher levels like web development, where understanding these concepts is even more so. Make sure that whether you’re learning on your own through books, classes, workshops, etc., that there’s always an introduction (or refresher) course, if necessary, covering computer science basics before moving forward with anything else. Write them down in detail to commit them to memory as well! With this knowledge under your belt and knowing some programming languages already, becoming a good programmer will only take practice after all these steps!

There are so many different programming languages that it can be hard to know where to start. It’s best to pick one language and focus on learning as much about it as possible rather than trying several at once. This way, you’ll become more familiar with the syntax of the first language before moving forward, which is why starting slow with smaller projects is critical! Once you feel like you’ve reached a point in your journey toward becoming a better programmer by attaining knowledge about your chosen primary coding language, then go ahead and find another one of interest to study!

Learn To Code In A Language You’re Interested In

One of the best ways to become a better computer programmer is by learning how to code in a language that piques your interest. Learning a language, you’re interested in will be much easier to practice and become better. You don’t have to learn the most popular language out there either! There are also many free resources online to learn different programming languages. Pick up something new so you can have fun while also sharpening your skills as a computer programmer.

Read Books On Programming Languages You Are Interested In

If you want to become a better computer programmer in your language of choice, reading is an excellent way to do so! There are plenty of books on the different programming languages available for free online. You can also always check out your local library and borrow some coding books. Reading code examples will help train your mind to become more manageable when writing code yourself. Plus, if you read enough about how other people have solved problems with their programs, you’ll be able to start thinking more like a programmer too!

If you’re looking for a more structured way to learn how to code and become better at it, attending classes or workshops might be the correct route for you! These learning environments usually have experts who can help guide you and answer any questions you may have about coding. These classes will also give you opportunities to network with other programmers, so don’t be afraid to attend some workshops in your area! There is usually also a lot of peer-to-peer interaction, which can help with problem-solving.

Practice As Much As Possible

Practice makes perfect when learning how to program or becoming a better programmer at any skill level. The more time spent practicing something, the more tangible results because eventually, all those hours add up into being very proficient at whatever you’re practicing. This goes for programming languages as well! Spend time coding on your own, with friends, or in online forums, and see how much better you get overtime.

Having a mentor can be highly beneficial when becoming a better computer programmer. A mentor can help guide you and give you advice based on their experiences with programming. You might not have a programmer as a best friend, but that doesn’t mean finding someone to be your mentor is out of the question! Ask around local events or attend meetups to find people interested in mentoring newbies like yourself. This person doesn’t have to be an expert in the language of your choice, but they should have some programming experience to help guide and teach you different techniques. With a mentor, you’ll also have someone to bounce ideas off, leading to accelerated learning.

Having some friends learning alongside you could make all the difference! It’s easy enough asking one person if they know how to code already, but getting two or more together will allow everyone involved to ask questions.

Start With Small Projects – Build Up Your Experience Gradually

Small projects are essential for learning how to program or becoming a better programmer. Starting with small projects will allow you to try new things while building up your experience more gradually than diving into larger ones right away!

With smaller projects, there is less pressure because they can always be modified later on if something doesn’t work out like intended in the beginning stages of development. Don’t get overwhelmed by trying too many complex programming languages and frameworks at once either – pick one language that interests you most and start slow with simple programs before moving forward!

Becoming a better programmer takes time, effort, and lots of practice. From attending classes/workshops to getting a mentor, there are plenty of ways to improve your skills as a programmer. However, following these seven tips should help you on your way to becoming an expert coder in no time! Start with small projects and gradually move onto more complex ones – eventually, you’ll be able to code like a pro!

How To Use Google To Its Full Potential

Google is one of the most powerful tools on the internet. With it, you can find information on almost anything and connect with people worldwide.…

Read More »How To Use Google To Its Full Potential

It’s no secret that most people spend more time looking at their phone screens than ever. According to a recent study, the average person spends… 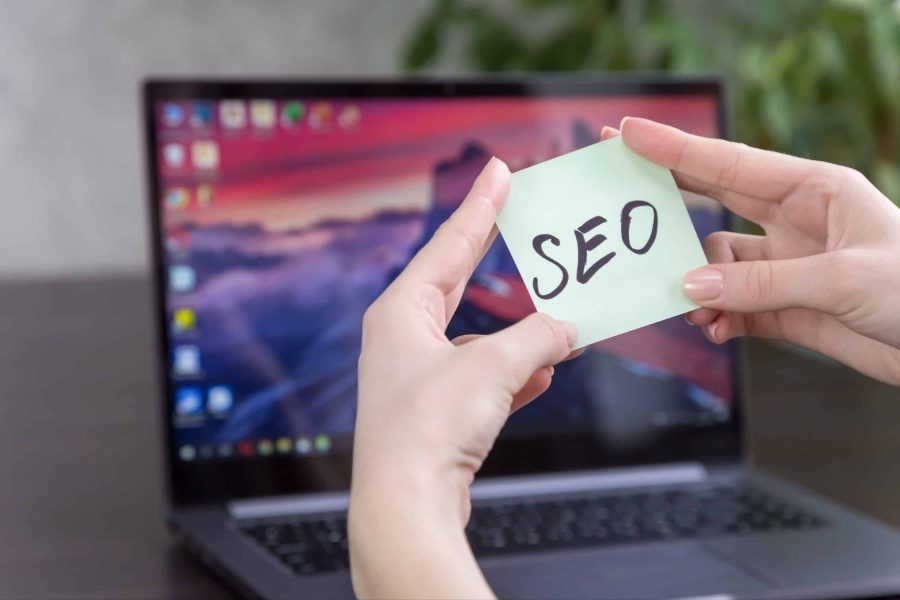 How To Get Started With SEO

SEO can be a daunting task for business owners who are just starting. There are many things to learn and so much that can go…

Read More »How To Get Started With SEO