7 Reasons To Switch To A Mac

Are you thinking of making the switch to a Mac? If so, you’re in good company! Apple computers have been growing in popularity over the past few years, and for a good reason. From their sleek design to their user-friendly interface, there are plenty of reasons to love a Mac. In this article, you will find seven different reasons why you should make the switch to a Mac. So before you head to your local Apple store, read on to find out what you can expect from a Macbook.

History Of The Macbook

The MacBook is a line of laptops created by Apple. The first MacBook came out in May of 2006. It replaced the iBook and Powerbook lines of laptops. The first MacBook was available in two colors, white and black. The white model consisted of plastic, while the black model consisted of aluminum. The aluminum model was more expensive than the white model.

The MacBook had a 13.3-inch screen, a 1.83 GHz Intel Core Duo processor, 1 GB of RAM, and an 80 GB hard drive. The computer ran on the Mac OS X operating system. It could also run Windows XP and Vista using Boot Camp. The MacBook took the name MacBook Air when Apple updated it in January of 2008.

Now that you know a bit about the evolution of the Macbook, you may be wondering what makes it so much better than other laptops on the market. Well, here are seven reasons why you should make the switch to a Mac:

Macs have a user-friendly interface and intuitive design. One of the reasons Macs are so user-friendly is that they come with several built-in features that make them easy to use. For example, Macs come with a Dock, a bar containing shortcuts to your most frequently used applications. The Dock is located at the bottom of the screen, making it easy to access your apps without searching through your computer’s file system.

In addition, Macs come with several applications that are easy to use, such as iPhoto and iTunes. As a result, Macs are an excellent choice for those who are looking for a user-friendly computer.

Macs have long been popular among creative professionals, and for a good reason. Apple designed the Mac operating system with creativity in mind. It’s easy to use and comes with various built-in features that make it ideal for tasks like video editing, graphic design, and music production. Furthermore, Macs are known for their reliability and durability.

A Mac can last for years without any major issues with proper care. In recent years, Apple has significantly improved the Mac operating system, making it even more user-friendly and feature-rich. As a result, there has never been a better time to switch to a Mac.

You Don’t Need A Driver

Anyone who’s ever used a Macbook knows they are incredibly user-friendly and require very little tech knowledge to operate. One of the things that makes them so simple to use is that they don’t need a driver in order to function. A driver is a software program that allows a piece of hardware to communicate with the computer. Most external devices, like printers or scanners, will come with a driver for the device to work.

However, Macbooks don’t need drivers because they work seamlessly with Apple’s operating system. As a result, users can plug in their devices and start using them without going through any additional installation process. This makes Macbooks incredibly convenient and easy to use, even for those who aren’t particularly tech-savvy.

Mac laptops are well-known for their long-lasting battery life. Many users are surprised that their Mac can last for the entire day of use on a single charge, even when performing power-intensive tasks like video editing or gaming. So how do Macs achieve such impressive battery life? Part of the answer lies in the efficiency of the macOS operating system, which minimizes power consumption. But the hardware itself also plays a role.

For example, Mac laptops use energy-efficient Intel processors and flash storage instead of traditional hard drives. These components require less power to operate, which helps to extend battery life. So a Mac should be at the top of your list if you’re looking for a laptop that will stay powered up all day long.

When it comes to computer security, Macs have a lot going for them. For one thing, they’re less vulnerable to viruses and malware than PCs. That’s because there are far fewer viruses and malware programs written for Macs than for PCs. A person gets a virus on their Mac because they’ve downloaded something from the internet that was actually written for PCs. So if you’re using a Mac, you don’t have to worry as much about accidentally downloading a virus.

Another reason Macs have better security is they’re more challenging to hack into than PCs. That’s because Macs use a different operating system than PCs. As a result, hackers often don’t even bother trying to write code that will work on a Mac. They know it’s more likely to be successful if they target PCs instead.

So a Mac is probably the way to go if you’re looking for a computer that’s less likely to be infected with viruses or hacked. Remember to practice good internet safety habits, like only downloading files from trusted websites, and you’ll be fine.

When it comes to data transfers, Macs are much simpler and more user-friendly than PCs. Macs use a standard file system known as HFS+, which is compatible with Windows and Linux systems. In contrast, PCs use various file systems, including NTFS, FAT32, and exFAT. As a result, transferring data between different PC platforms can often be quite complex and time-consuming. In addition, Macs also offer some helpful features that make data transfer even more effortless.

For example, the Mac OS X Finder application allows users to quickly and easily drag and drop files between different locations. Finder also offers a built-in archiving tool that can compress files for easy transfer. Lastly, Macs come with a built-in FireWire port that you can use to connect to other Macs for fast and easy data transfer. Consequently, Macs offer many advantages when it comes to data transfers.

Apple products have always been known for their quality, and Macs are no exception. Every Mac is designed with care, from how each component is selected to how the final product is assembled. This attention to detail ensures that each Mac meets strict standards for durability and performance.

In addition, Apple runs rigorous tests on every Mac before it leaves the factory. These tests help ensure that each Mac will meet the high expectations of its users. As a result of this commitment to quality, Macs are some of the best-built computers.

Will You Make The Switch To A Mac?

There are many reasons to switch to a Mac, but the most important is probably the fact of how much simpler it is to use. With its user-friendly interface and wide range of features, Macs offer a great computing experience for users of all levels. Whether you’re a first-time computer user or a seasoned pro, a Mac will make your life easier. So if you’re thinking about making the switch, there’s no time like the present. Give it a try today and see what you’ve been missing.

The Different Methods Of Data Recovery

If you’ve ever lost data, you know the panic that sets in. Data can be very important to us, whether it’s a few photos or… 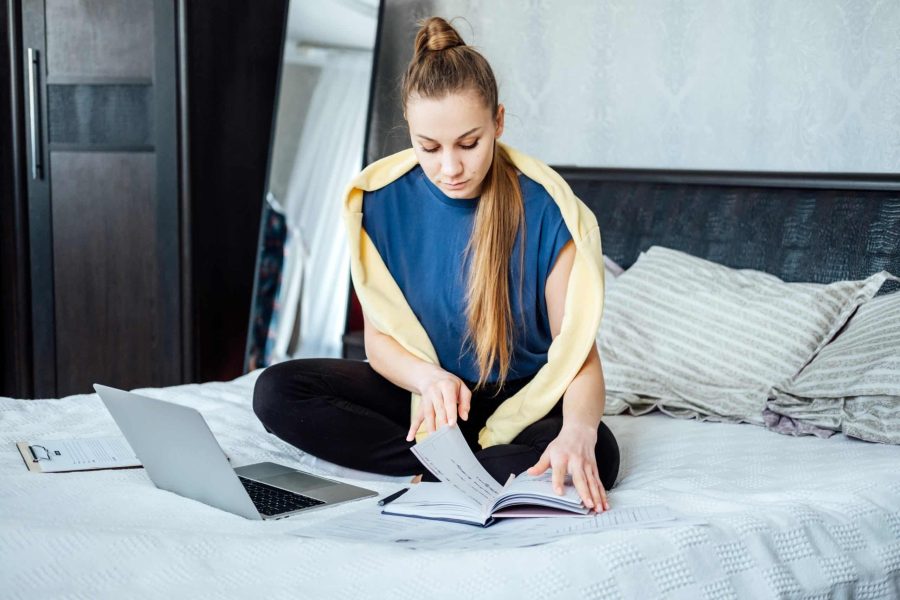 How To Make Your Site More Attractive

When it comes to website design, there are a lot of things to consider. For example, how do you make your site look professional and…

Read More »How To Make Your Site More Attractive

How To Pick The Perfect Laptop For College

Are you a college student who needs a new laptop? If so, you may feel overwhelmed by the different available options. It can take time…

Read More »How To Pick The Perfect Laptop For College