The Environmental Impact Of Cryptocurrency Mining

A few months ago, the cryptocurrency market saw a peak in its stock prices due to the announcement made by Elon Musk. Elon Musk’s tweet raised the cryptocurrency stock prices as investors could purchase cars from Tesla. Later Elon Musk announced that Tesla would no longer accept Bitcoin. The Bitcoin price dropped by 12%, as Elon Musk decided, due to the consequences of mining on the environment. The price dropped and incremental due to Elon Musk’s tweet, and people are reacting based on the stock value. However, many fail to realize that it is not a ploy by Elon Musk but a warning for our environment’s future.

Understanding The Concept Of Computation And Energy

Mining cryptocurrency requires a computer with high computational capabilities. Computers that handle complex computational problems are subject to use a higher amount of energy. For instance, you must have noticed that while playing games with good graphics on your mobile phone, you will notice that it heats up quickly. This is the electrical energy consumer into heat energy which is a law of thermodynamics. Thus, this simple example allows us to understand that there is an environmental risk in the problem.

Way before Elon Musk’s tweet regarding environmental impact on cryptocurrency, scientists had already discovered the problem. Computers with high computational capacity crave high energy produced using fossil fuels, coal, nuclear plants, and others, directly impacting the environment. Why should something that is not an essential thing affect the environment? Hence, one should take measures to solve the problem.

To put this into perspective, it is important to understand the energy consumed while mining cryptocurrency. The specialized computers designed to solve high computation problems to mine cryptocurrency are called Application Specific Integrated Circuit. Data compilation on Bitcoin indicates that, on average, Bitcoin mining consumes energy comparable to the energy consumed by a whole country like Argentina. Moreover, the mining computations increase as competition demands it.

Hence, the consumption rate will go high in the future in the never-ending greed created by man. Furthermore, Bitcoin mining leaves a carbon footprint of 36.9 megatons, equating to carbon footprints left by countries like New Zealand. When you put these numbers into perspective, it tells you how much impact crypto mining will leave on the environment and generations to come.

Some crypto enthusiasts have realized the problem and have resorted to renewable sources of energy. However, it is just a smokescreen for the common people, while capitalists take advantage of it. For instance, an alternative of using hydroelectricity had been suggested.

Hydroelectricity can be considered a renewable energy source with limits subjected to it. One has to resort to using fossil fuels that lead to carbon emission for the hydroelectric plant operation. This leads to the average global temperature increase, causing global warming and sea-level rise, triggering another extinction-level event in the geological timescale. The claim Bitcoin is mined by consuming 75% of renewable energy is a smokescreen behind the whole operation of exploiting nature.

Why is there a need for Bitcoin in an already existing currency established by the global market? The answer is greed to become rich and have a capitalist mindset. Cryptocurrency stocks have been booming, and people find it is an instant way to become rich.

However, many don’t realize its impact and how you support it by purchasing Bitcoin, Dogecoin, and Ethereum stocks. The greed of becoming rich is making you delusional about your duty to protect the environment. For instance, people follow a vegan diet, purchase eco-friendly products but hold cryptocurrency stocks. How will this help the upcoming generations?

Tesla’s Influence On The Stock Prices

Elon Musk’s tweets have influenced the stock market, and many individuals from the Gen Z group are interested in it. The purchasing and selling of crypto stocks are widely influenced by Tesla and thus affect mining capacity. At first, it doesn’t seem bad that people are interested in making their lives better.

However, they are doing this with limited knowledge of the subject. You should credit Elon Musk for highlighting the problem, but the scientists working on the subject deserve global respect. Hence, instead of being greedy to become rich by purchasing Bitcoin stocks, start pondering how to save the environment. Ultimately, Gen Z will have to live in the world and make it a better place for generations to come.

The capital spent on manufacturing units, internet connections, mining equipment, and energy generation is not considered while determining the price of Bitcoin. However, it affects the environment, and it also affects your profits. Hence, it is a no-no situation, and the probability is unknown. Bitcoins, blockchains are considered the future. But at what cost? Will there even be a future at this rate?

previousShould You Be Worried About Your Kids Screen Time
nextIs Classroom Technology Holding Kids Back?

The internet has become a necessity today. It was introduced to us years ago with the basic purpose of providing global connectivity as a…

Read More »What Is Starlink? 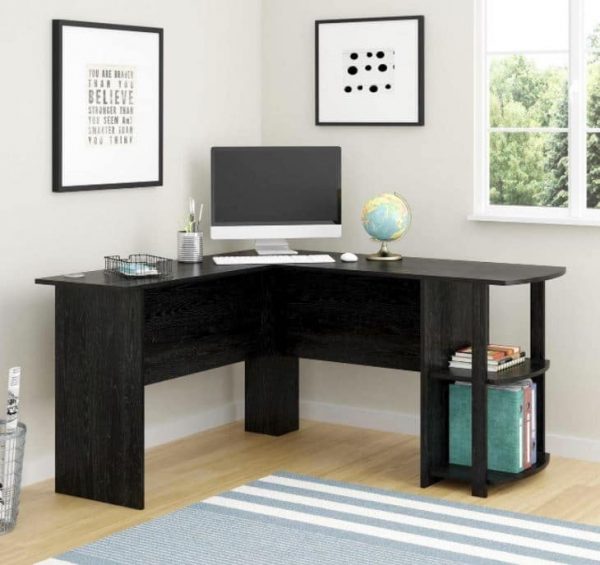 Interesting Desks To Maximaze Your Area

Finding the perfect home office desk that is not only comfortable but also suits your home style could be a tricky task. A great…

Features On The Next Windows 10 Update

Windows 10 is a series of operating systems, which Microsoft developed. This spring, Microsoft has confirmed that its new update in window 10 will…

Read More »Features On The Next Windows 10 Update

Is Classroom Technology Holding Kids Back?

The Environmental Impact Of Cryptocurrency Mining

Should You Be Worried About Your Kids Screen Time

Interesting Desks To Maximaze Your Area