Is Elon Musk The Richest Man In The World?

With Amazon shares falling off the shelf during the first week of January 2021, Elon Musk, Tesla billionaire, reigns as the richest man on earth in 2021 by surpassing Jeff Bezos, founder of Amazon, with a net worth of over $9.5 billion more than Bezos. However, it’s a neck-to-neck competition as Jeff Bezos once again is at the top of the table!! Tesla observed a sharp downfall of over  $13.5 billion, with a sink of 8%.

Elon Musk Holds The Second Position In The List Of The World’s Richest People, Yet Again!

What is net worth?

It is the total value of all the assets, with liabilities deducted. Being an important measure, it specifies an individual’s position or its company in the market.

Let us glance over the list of the top ten global billionaires given by Forbes billionaires list as of January 16, 2021!

Founder of the giant e-commerce company Amazon. CEO Bezos owns an 11.1% stake. His divorced spouse, Mackenzie Bezos, now owns a quarter of his stake. During the pandemic in 2020, Bezos promised to donate $100 million to help America via a non-profit organization that would aim at feeding people through its food banks and pantries across the country. Bezos also owns an aerospace company, The Washington Post’, and Blue Origin, that design rockets for commercial use.

Musk is a business tycoon, an entrepreneur, an industrial designer, and an engineer. He holds the position of being the CEO and chief designer of Tesla, founder of Boring company, and co-founder of Neural ink and OpenAL. In 2018, he was ranked 25th in Forbes list of the world’s most powerful people 2018. He is striving towards transforming transportation via his electric car merchandise -Tesla.

Arnault is a French billionaire businessman and art collector. Being the chairperson and chief executive of Louis Vuitton and Sephora, the largest luxury goods company, Arnault befitted Zara’s Amancio Ortega in 2018. In 2019, he surpassed Bezos to become the world’s richest man and again in January 2020 for a short period. He also owns luxury hospitals, hotels, trains, and river cruises.

Gates is an American business giant, a software developer, and philanthropist. Until May, Gates was the chairman, CEO, president, and chief software architect at Microsoft. Being one of the most renowned entrepreneurs of the microcomputer revolution during the early ’70s and ‘80s, Time magazine listed him as one of the 100 most influential people of the 20th century.

Zuckerberg is the most famous social media entrepreneur and philanthropist of the 21st century. Being a co-founder of Facebook, he holds chairperson, CEO, and the controlling shareholder.

Being one of the most successful investors of all time, Buffett is also known as the ‘Oracle of Omaha.’ Owner of Berkshire Hathaway. He has donated more than $41 million for the betterment of the country.

Ellison is an American business industrialist and a philanthropist. He is the co-founder, CEO, and chief technology officer at Oracle Corporation. He gave up his post as a CEO in 2014. In 2016, Ellison donated around $200 million to the University of California to research cancer treatment. He has purchased 3 million shares in Tesla in the year 2018 and has joined its board.

Shanshan is a Chinese magnate who owns the largest beverage company in China- Nongfu Spring. Right from working at the construction site to a beverage sales agent, he now chairs the bottled water company.

A well-known American internet entrepreneur and a computer scientist. The page is one of the co-founders of Google search engine, along with Sergey Brin. Though he stepped down from Alphabet, the higher authority of Google, he remains a shareholder and a board member.

Having a diversified outlook, Ambani runs the Reliance industry with expansions in petrochemicals, gas, oil, trade, and networking. He raised a competitive telecom market by introducing the revolutionary 4G Jio services in India.

Elon Musk became the world’s richest man overtaking Jeff Bezos in the first week of January 2021. Despite the Bloomberg Billionaires Index listing Musk to be in the top one position, Forbes Billionaire calculation states Musk overtook the first position and has again had a sink of 8%, taking the second spot yet again. The richest man in the world is continuously changing, but Elon Musk is among the top.

Everything You Need To Know About Investing In The Meta Verse

A metaverse is a virtual reality-based on blockchain technology. This all-encompassing environment lets users live and play in a virtual recreation of real-life and…

Many people believe that we need to move towards sustainable energy solutions to save our planet and ourselves. The question is: what can we… 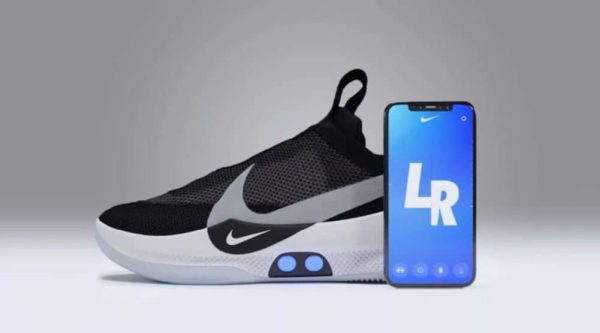 Smart Shoes: What Can They Do For You?

Every day technology gets better, and there have been massive improvements in all fields. Homes are getting smarter, and there is smart luggage as…

Read More »Smart Shoes: What Can They Do For You?